We took part in the annual Big Weekend organised by Archery GB on Sunday 25th August, and it was once again a big success. The early weather threatened to spoil the day, but luckily the rain only lasted while we set up! It was just grey by the time we started a little early to deal with the very keen people who turned up 15 minutes before the official start time.

We had a steady trickle of people throughout the day, keeping us busy without ever causing us to panic! In total 74 people had a go, many of whom were happy to queue a second (and third) time to keep on shooting.

We had a dartboard face set off to one side where people could pay £2 for 3 arrows, all money going towards Help for Heroes, and where the biggest score on the day won a set of free lessons. This was won by Andrew Mckellar-Rumming with a score of 85 (all scores listed on the Big Weekend 2013 Results). We raised £82 for the charity.
By early-afternoon the sun had come out, and people were certainly enjoying it enough to sign up for lessons. We’ve now got a full set of 12 people for the September lessons, and another 6 on the waiting list for lessons in the Spring.

So overall, this has to be judged a great success. Many thanks to everyone who took part and helped us run this event. 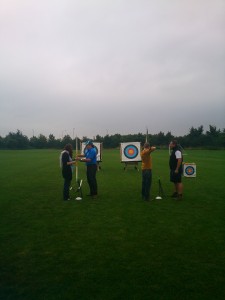 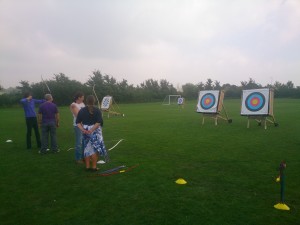 mgriffiths / June 5, 2022
The range will be closed on Saturday 11th and Sunday 12th June, as Calne FC have their annual (large) football...
Read More
Main

mgriffiths / December 21, 2021
Beversbrook will be closing over the Xmas period, meaning we have to cancel our weekend shoots. So our next Sunday...
Read More
Main